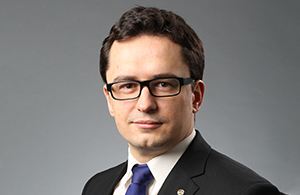 In line with the business strategy of the LOTOS Group for 2011-2015, we will be seeking to increase our role in enhancing the security of Poland’s energy sector by increasing hydrocarbon production and the oil conversion ratio, improving Poland’s fuel balance and exploiting synergies between the refining and other segments of the energy sector.

In line with the business strategy of the LOTOS Group for 2011-2015, we will be seeking to increase our role in enhancing the security of Poland’s energy sector by increasing hydrocarbon production and the oil conversion ratio, improving Poland’s fuel balance and exploiting synergies between the refining and other segments of the energy sector.

Enhancing the energy sector’s security in a socially and environmentally responsible manner is also one of the key objectives of our CSR Strategy for 2012-2015. It is one of the reasons why we signed the declaration accompanying the ‘Vision of Sustainable Development of Polish Businesses until 2050’ initiative. The importance of the energy sector is underlined by its being one of the six focus areas indicated in the document as an area where initiatives by business, the government and other groups are necessary to ensure the country’s successful long-term development.

In line with our strategy and acting in accordance with the principles of transparency, we take part as experts in government-initiated activities to improve the energy sector’s security. We take an active role in the law-making process regarding key energy issues in Poland and the EU. We also actively work with dedicated organizations in Poland and abroad to build platforms for cooperation between the world of business and public authorities.

The promotion of corporate social responsibility manifests our need to stand for common values, which is why Grupa LOTOS actively pursues international efforts, to build a strong position for itself not only in business terms but also as a corporate citizen. Especially worth pointing out is our work within two international organizations, Central Europe Energy Partners (CEEP) and the Atlantic Council.

Grupa LOTOS is an initiator and founding member of CEEP, a regional non-profit organization whose objective is to support integration of the Central European energy sector under the EU’s common policy for the energy sector and its security. At present, CEEP represents 22 companies from six Central European countries, which employ more than 300,000 staff and whose total annual revenues are in excess of EUR 40 bn. Thanks to CEEP membership, Grupa LOTOS is able to effectively voice its interests in the EU. The Atlantic Council is one of the most internationally recognisable US think-tanks, pursuing programmes in the fields of energy, the environment as well as global business and economics. As a partner of an organization with the transatlantic reach, we have gained extensive networking opportunities to work towards international security and global economic prosperity.

In 2013, the goal of ensuring stable supplies of fuel and energy at prices acceptable to the industry and society at large, with the most efficient use of domestic energy resources, was the most important aspect of our efforts towards the energy sector’s security. Accordingly, these efforts focused on the following two areas:

In 2013, Grupa LOTOS and Central Europe Energy Partners (CEEP) were involved in promoting the energy security policy, in particular the issue of affordable energy and support for the development of indigenous energy resources.

At the 3rd European Economic Congress in Katowice, Grupa LOTOS and CEEP co-hosted ‘The role of energy in a competitive Europe’ discussion panel, held chiefly to highlight the fact that recovery and development of the industry is the key challenge which needs to be addressed in order to restore economic growth and create new jobs. However, this will not be possible if the energy costs keep growing.

A number of politicians and businessmen attended ‘The Internal Energy Market in the EU – A Chance for Central Europe?’ discussion panel organised by CEEP at the 23rd Economic Forum in Krynica. The participants unanimously agreed that a unified internal market would bring up a number of opportunities for Central Europe, in particular in the area of cohesion policy, but also certain challenges, which need to be monitored and taken into account when creating an internal energy market.

Representatives of Grupa LOTOS and CEEP also took part in the Global Security Forum conference in Bratislava, which was a major event organised as part of the Polish presidency of the Visegrád Group, featuring, among other things, a presentation of the ‘What Energy, Price, Growth’ report commissioned by CEEP from Roland Berger Consultants. It was noted that the EU’s unified energy sector policy which does not account for differences in economic development or the sector’s specific nature would be damaging to Central European countries.

One of the key events to inaugurate the Lithuanian presidency of the EU was the ‘29+1’ debate held in Vilnius. The formula for the ‘29+1’ energy summit was already successfully tested in 2012 in Budapest. Representatives of the 29 leading energy sector companies from Central Europe participating in the summit had an opportunity to present their views and discuss certain issues facing the sector with Günther Oettinger, EU Commissioner for Energy. The idea behind the ‘29+1’ meetings is to ensure that Central European energy companies have a say in developing the EU’s joint position and energy security policy.

Grupa LOTOS also took part in the Refining Roundtable organised by the European Commission’s Directorate-General for Energy (DG Energy), placing emphasis on the impact of EU legislation on the refining sector’s competitiveness.

As a CEEP member, in 2013 we were involved (as part of the public consultation process) in preparing the EU’s position on the following issues: