Letter from the Vice-President of the Board 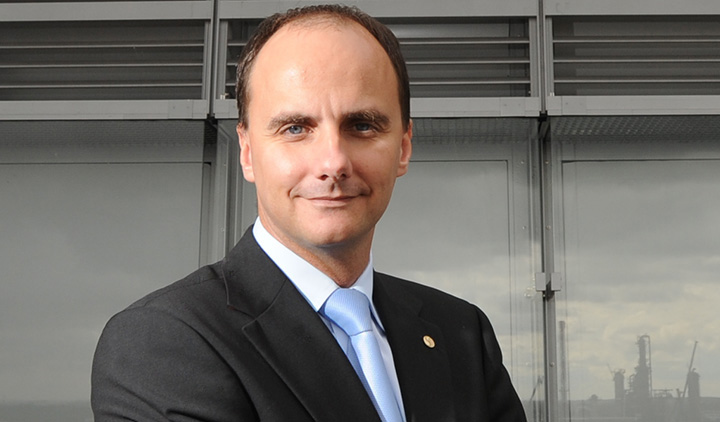 2013 was a time of major challenges for the implementation of the LOTOS Group’s business strategy. While intensifying and speeding up the completion of activities in the exploration and production segment, we were observing a significant deterioration in external conditions for the manufacture and sales of fuels. The European refining sector has been under a growing pressure of cheaper refining products flooding the market from different parts of the world and have been facing increasing challenges with regard to the competitiveness of its products on export markets.

Our response to this unfavourable situation was a number of initiatives we undertook in 2013, confirming our readiness to react to the dynamically changing external environment. Our refinery in Gdańsk ranked amongst the world’s most state-of-the-art refineries in the prestigious study conducted by Solomon Associates, which testified to the effectiveness of the 10+ Programme. To enhance its efficiency even further, we commenced work on a preliminary feasibility study into the construction of a delayed coker unit (DCU); it will help us transform the refinery into a full conversion plant so that it will be able to produce only high-margin products and will be better prepared to face the growing pressure on refining margins. These harder conditions in the operating segment coincided with the accelerated implementation of our strategy in the exploration and production segment. Acquisition of production assets on the Norwegian Continental Shelf, speeding up the development of the B8 field as well as carrying out preparatory work on the development of the B4 and B6 gas fields – these were our major achievements in this segment, all of which have brought us closer to fully implement our strategy and to improve the balancing of the LOTOS Group’s business model.

In 2013, our situation was further hindered by the overhaul shutdown performed at our refinery, connected with stopping the operation of its refining units, which in turn resulted in decreasing its annual output by around 8%. Consequently, the LOTOS Group’s revenues were lower than in 2012 – in the twelve months of 2013 we generated consolidated sales of just under PLN 29bn, 14% less on 2012. The operating profit stood at PLN 146m and, with the one-off events distorting it being eliminated as well as the amortization and the LIFO effect accounted for, it amounted to PLN 1.3bn, as compared to PLN 2.0bn in 2012. This proves our ability to generate high cash flows even despite unfavourable conditions for our operations and eroding margins on the world fuel market.

Furthermore, to support the implementation of its business strategy, the LOTOS Group launched the 2013-2015 Effective and Rising Programme, which is mainly designed to improve financial indicators, to facilitate further development by carrying out investment projects in areas of the organization’s core business and to restructure the LOTOS Group. In a nutshell, our main focus is to go to our core activities, limiting the engagement of our management in auxiliary activities and simplifying the structure of the LOTOS Group, which for subsidiaries conducting operations unrelated to our core business means that they will need to look for an investor who will allow them to unleash their potential for development and facilitate their access to new financing sources.

In the exploration and production segment, the LOTOS Group consistently pursued its investment and development plan, which was confirmed by the agreement we concluded with Centrica Norge for the purchase of interests in 14 licences on the Norwegian Continental Shelf (Heimdal portfolio). In the perspective of 2016, this transaction will help us recover two-thirds of our deferred tax assets. Following the acquisition of interests in the Norwegian licences, our annual production in Norway (relative to the shares acquired by LOTOS) amounts to around 240,000 toe (5,000 boe/d), with 70% of that amount being natural gas and 30% condensate (light crude oil). What is more, LOTOS recoverable resources have increased by 9 million boe for proved and probable resources and by 31 million boe for contingent resources.

In 2013, preparatory work continued on launching commercial production from the B8 field on the Baltic Sea – with a production potential of 3.5 million tones of crude oil - which is planned for 2015. It is worth mentioning here that in October 2013 we signed an agreement with Polskie Inwestycje Rozwojowe on the co-financing for this project. Also in October 2013, the repair of the PG-1 rig was completed which will enable us to increase production from the B3 field by 15,000 tonnes annually (Rozewie crude). We also carried on preparatory work on the B4/B6 gas fields (with a combined production potential of 4 billion m3) in partnership with CalEnergy Resources Poland. Further evidence for our intensified activity in the exploration and production segment was the purchase of the GSF Monitor jack-up drilling rig in December 2013, which will be conducting drilling operations under our exploration licences in the Baltic Sea.

The most important event in the operating and marketing segment was the overhaul shutdown performed in the spring of 2013, which was the first overhaul shutdown since the refinery’s expansion under the 10+ Programme. In effect, the refinery processed 8.7m tonnes of crude, meaning that the average annual utilisation rate of its installed capacities was 82% in 2013.

Also in 2013, preparatory work continued on the construction of a delayed coking unit (DCU) which should directly increase the efficiency of crude processing at the refinery by eliminating from our production and sale the unprofitable heavy fuel oil. Once this project has been completed, the production of high-margin motor fuels will increase by 900,000 tonnes annually and a new product – petroleum coke (petcoke) – will be added to our product mix, with the production volume of around 350,000 tonnes annually. The unit is planned to be launched in 2017.

Another new development project launched in 2012, on which we continued to work in 2013, is the diversification of our activities towards a potential development of a petrochemical segment (in partnership with Grupa Azoty). Based on the results of a preliminary feasibility study into the construction of a petrochemical production complex, the construction of a steam cracker unit was proposed as a recommended course of action. A full feasibility study will mark the next stage in the project, the results of which are expected at the end of 2014.

In 2013, Grupa LOTOS continued to expand dynamically its service station chain, especially in the economy segment, which puts us well on track to secure a 10% market share, the target set in our strategy.

Throughout the entire year, the LOTOS Group responded to the increasingly difficult conditions posed by our market environment. Thanks to the diversification of our activities and the acceleration of development in the exploration and production segment, we have shown that we try and react to these increasingly difficult market conditions. In 2014 and the coming years, we will keep intensifying our actions to increase the importance of the exploration and production segment, and to achieve operational excellence in the refining segment. Our efforts to date have proved that under the conditions of increasingly fierce competition LOTOS is a company oriented on further development. We strongly believe that our work on reinforcing the foundations for it will contribute to enhancing the value for our shareholders and will secure the proper development of the LOTOS Group in the years to come.