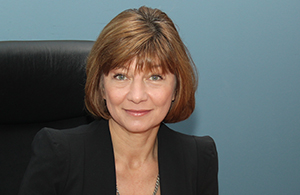 Increasing our organization’s resistance to misconduct by 2015 is part of the key objective of the LOTOS Group’s Corporate Social Responsibility Strategy. This objective is to improve management by ensuring ethical conduct and the transparency of business processes, as well as protecting the organization against the risk of irregularities that may threaten its operations. We plan to achieve this through our Ethical Conduct Programme and Misconduct Risk Management Programme.

Increasing our organization’s resistance to misconduct by 2015 is part of the key objective of the LOTOS Group’s Corporate Social Responsibility Strategy. This objective is to improve management by ensuring ethical conduct and the transparency of business processes, as well as protecting the organization against the risk of irregularities that may threaten its operations. We plan to achieve this through our Ethical Conduct Programme and Misconduct Risk Management Programme.

As of the beginning of 2013, the key document of the Ethical Conduct Programme, the LOTOS Group’s Code of Ethics, became effective. The Board of Grupa LOTOS also decided on relevant institutional solutions to ensure efficient implementation and operations of the Programme, in the form of the Ethics Committee and the Ethics Officer. Among the earliest steps taken by the newly appointed Ethics Committee was inviting the employees to take part in public consultations on the current status of ethical culture within our organization and the type of Ethics Officer selection process preferred by them. Over five hundred LOTOS Group employees participated in the consultations.

The vast majority declared that the Company’s efforts to develop the desired ethical corporate culture were suitable, and that ethical culture itself was essential in their everyday work. Last year’s comprehensive communication and education programmes for all LOTOS Group employees certainly helped to bring about these positive results. We also began promoting our values and principles of ethical business conduct among our key trading partners.

In 2012, before the enactment of the Code of Ethics, we developed and published another important document, the Misconduct Prevention Policy. We appointed persons coordinating and responsible for misconduct prevention activities, and established channels for reporting suspected misconduct, as well as appropriate organizational arrangements and processes. Furthermore, education and awareness initiatives were undertaken amongst staff, focusing on misconduct prevention and the relevance of the system.

In 2013, we conducted a periodic assessment of the risk of misconduct in individual processes, the aim of which was to find out where the risk was the highest from the perspective of the Company as a whole. Based on the assessment, processes to be thoroughly inspected in the near future were selected. In line with the adopted Corporate Social Responsibility Strategy until 2015, we intend to introduce the comprehensive misconduct risk management process throughout the LOTOS Group.

What distinguishes our efforts within the misconduct prevention system is transparency in communication related to both programmes. Key documents and channels for reporting suspected misconduct have been published and we also openly communicate ethical issues throughout our supply chain. This approach complies with LOTOS ethical values, originating in the Company’s culture and the concept of corporate social responsibility.

Our efforts were reflected in the relatively high score achieved in the organizational maturity assessment of Grupa LOTOS. This was largely the result of steps taken in the last few years, designed to secure the company’s value and operations, demonstrated through the effectively working internal control system and corporate governance solutions intended to ensure compliance.

Ethical issues and misconduct prevention form an area covered by the LOTOS Group Corporate Social Responsibility Strategy for 2012-2015, approved by the Board of Grupa LOTOS in 2012. For this area, the following key objective was defined: to improve management by ensuring ethical conduct and the transparency of business processes, as well as protecting of the organization against the risk of irregularities that may threaten its operations.

With a view to achieving this objective, in 2012 the LOTOS Group implemented a misconduct prevention system, which undergoes constant development. The system is rooted in, and further refined, based on Managing the Business Risk of Fraud: A Practical Guide – a manual prepared by the Institute of Internal Auditors, the American Institute of Certified Public Accountants, and the Association of Certified Fraud Examiners.

The prevention system in place at the LOTOS Group is geared towards ensuring an optimum degree of resistance to misconduct.

Resistance to misconduct is achieved by companies which utilise their awareness of real and perceived misconduct threats arising in the course of their operations to implement and apply the solutions that are best adapted to the scale and nature of the risk, and that are geared towards preventing, detecting and responding to such threats.

The purpose of these efforts is to secure the organization's ability to:

The implementation of a comprehensive misconduct risk management system has been confirmed as a valid course of action by the Association of Certified Fraud Examiners in its 2012 Report to the Nations, which presented the results of research into the nature and scale of misconduct in individual industries. 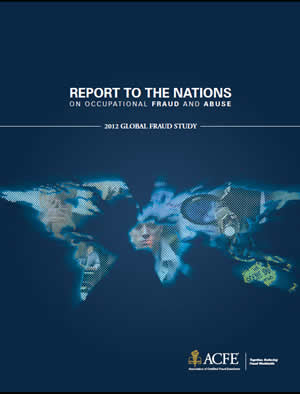 Oil and gas companies rank fourth in terms of losses incurred as a result of individual cases of misconduct and second in terms of the number of corruption incidents. The latter accounted for some 50% of all misconduct cases.

The LOTOS Group’s misconduct prevention system has been developed based on solutions taking into account the importance and effectiveness of internal auditing procedures and independent reviews carried out by management staff. This is in compliance with the approach presented by the results of the ACFE report and in line with the best market practice.

With this in mind, we decided to incorporate misconduct prevention into our enterprise risk management procedure. We construe misconduct as an intentional act or omission which constitutes a violation of the applicable laws, committed to secure unlawful gains or resulting in a loss for the Company, including any forms of corruption.

The Ethical Conduct Programme and the Misconduct Risk Management Policy in place at the LOTOS Group serve to mitigate the risk of misconduct. By comprehensively pursuing these programmes, we intend to safeguard the Company's reputation and assets, as well as to ensure that our decisions are effective and enhance the value of the Company.